Home » how to increase metabolism ? 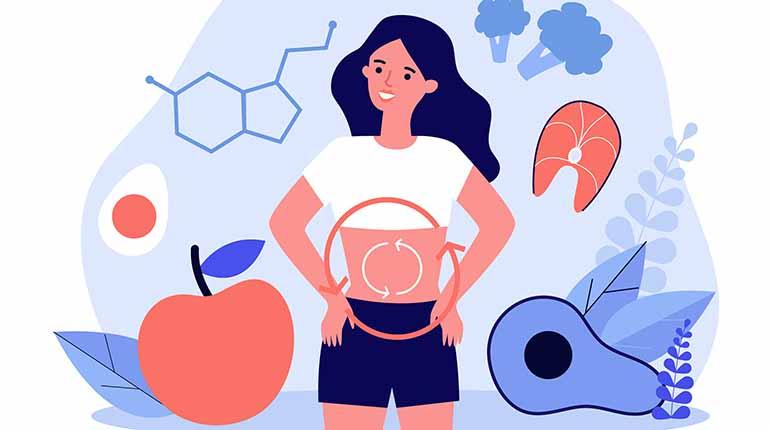 Problems that can affect metabolism

Most of the time, the metabolism works efficiently without us even having to think about it. But sometimes, a person’s metabolism can wreak quite a bit of havoc in the form of a metabolic disorder. In a broad sense, a metabolic disorder is any condition caused by an abnormal chemical reaction in the body’s cells. Most metabolic disorders are due either to abnormal concentrations of enzymes or hormones in the blood or to problems in the functioning of these enzymes or hormones. When certain chemicals cannot be metabolized or are poorly metabolized, this can lead to an accumulation of toxic substances in the body or a deficiency of substances necessary for the body’s normal functioning; Both situations can cause severe symptoms.

Common metabolic diseases and disorders include the following:

Hyperthyroidism is due to an overly active thyroid gland. This gland secretes an excessive amount of thyroxine, which accelerates the basal metabolism. It causes symptoms such as weight loss, rapid heart rate, high blood pressure, bulging eyes, and swelling in the neck caused by an enlarged thyroid gland (goitre). This disease can be controlled by medication, surgery, or radiation therapy.

Hypothyroidism Hypothyroidism is due to a non-existent or poorly reactive thyroid gland and is usually a developmental problem or a disease that destroys the thyroid gland. This gland secretes an insufficient amount of thyroxine, which slows down the basal metabolism. Left untreated, hypothyroidism can lead to growth and brain problems. Hypothyroidism slows down body processes and leads to fatigue, decreased heart rate, excessive weight gain, and constipation. Young people diagnosed with this disorder can be treated with thyroid hormone given orally (by mouth) to have an average level of this hormone in the body.

Inborn errors of metabolism. Some metabolic diseases are inherited. These diseases are known as inborn errors of metabolism. Soon after a baby is born, they are tested for many of these metabolic diseases. Inborn errors of metabolism can sometimes lead to severe problems if they are not controlled through diet or medication early on. Examples of these types of disorders include galactosemia (babies born with this problem do not have enough of an enzyme responsible for breaking down milk sugar, called galactose) and phenylketonuria (this disorder is caused by a defect in the enzyme responsible for breaking down the amino acid phenylalanine, necessary for average growth and the manufacture of proteins). Young people may need to follow a special diet and take medications to control metabolic problems from birth.

Type 1 diabetes. Type 1 diabetes occurs when the pancreas does not make or secrete enough insulin. Symptoms of this disease include urinating excessively, being very thirsty and hungry, and losing weight. This disease can lead to kidney problems, pain caused by neuronal damage, blindness, and cardiovascular disease in the long run. Young people with type 1 diabetes need regular insulin injections and blood sugar monitoring to reduce the risk of developing health problems from diabetes.

Type 2 diabetes. Type 2 diabetes occurs when the body does not respond to insulin typically. The symptoms of this disorder are similar to those of type 1 diabetes. Many young people and children who develop this type of diabetes are overweight, which is believed to play a role in their decreased reactivity to insulin. Some people can be effectively treated with dietary changes, exercise, and oral medications, but insulin injections are necessary in other cases. Controlling blood sugar levels reduces the risk of developing the same long-term health problems associated with untreated or poorly controlled type 1 diabetes.

Metabolism is a set of physical and chemical processes that occur in cells. It is responsible for converting the nutrients in food into the energy necessary for the body to fulfill all its vital functions.

These are: breathing, digestion, circulating blood, maintaining body temperature, and eliminating waste (through urine and feces). In other words, we use that energy to move and think and when we are at rest.

When we eat a portion of food, some molecules of the digestive system called enzymes break down proteins into amino acids, fats into fatty acids and carbohydrates (carbohydrates) into simple sugars (such as glucose). These compounds are absorbed into the blood, which distributes them to the cells.

Their other enzymes accelerate or regulate the chemical reactions necessary to “metabolize,” process and store energy.

By the way, the energy that food provides to the body is measured in calories, and when you consume more calories than your body needs, they accumulate in the form of fat.

What functions does the metabolism carry out?

The speed and direction in which these metabolic processes occur are regulated by hormones manufactured by the endocrine system, such as thyroxine (which is produced in the thyroid gland) and insulin (produced in the pancreas).

Sometimes the metabolic system fails, and so-called metabolic disorders or diseases occur, some can inherit. Most happen because some enzymes or hormones are abnormally concentrated in the blood or do not work correctly.

What happens is that there are certain chemical substances that, if they cannot be metabolized or that if they are poorly metabolized, can cause severe symptoms. Therefore, metabolic problems must be treated and controlled.