Home » all about metabolism 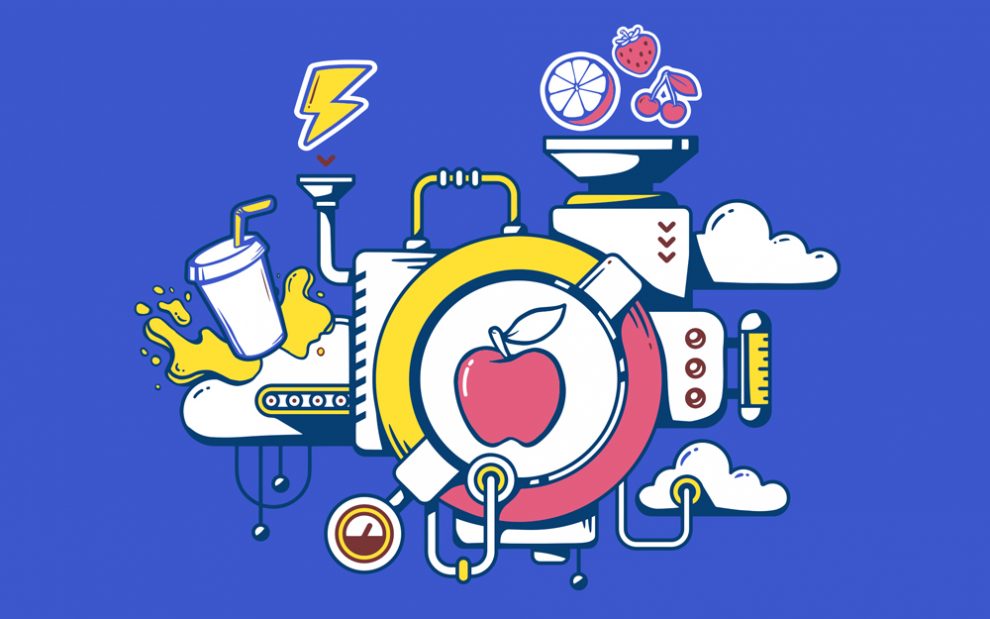 After eating a portion of food, molecules in the digestive system called enzymes break down proteins into amino acids, fats into fatty acids, and carbohydrates into simple sugars (such as glucose). Apart from sugar, the body can use both amino acids and fatty acids as energy sources when it needs them. These compounds are absorbed by the blood, which is responsible for transporting them to the cells. Once inside the cells, other enzymes accelerate or regulate the chemical reactions necessary to “metabolize” these compounds. During this process, the energy from the compounds can be released for use by the body or stored in body tissues, especially the liver, muscles, and body fat.

Several hormones manufactured by the endocrine system are responsible for controlling the speed and direction (“ana” or “tasting”) of metabolism. Thyroxine, a hormone produced and secreted by the thyroid gland, plays a critical role in determining the rate at which chemical reactions of metabolism occur in a person’s body.

Another gland, the pancreas, secretes or secretes hormones that help determine whether the body’s main metabolic activity at any given time will be anabolic or catabolic. For example, after the main meal, anabolism generally predominates over catabolism because eating increases the concentration of glucose – the body’s primary fuel – in the blood. The pancreas captures the highest glucose concentration and releases the hormone insulin, which signals the cells to increase their anabolic activities.

Metabolism is a complex chemical process, so it is not surprising that many people tend to simplify it, conceiving it merely as something that determines how easily our body gains or loses weight. This is where calories come into play. A calorie is a unit that measures how much energy a particular food provides to the body. A chocolate bar has more calories than an apple, which means it provides the body with more energy – and sometimes more than it needs. In the same way that a car stores gasoline in the tank until it needs it to feed the engine, the body stores calories – mainly in the form of fat. If you overfill a car’s gas tank, it will overflow the tank and spill onto the road. Similarly, if a person eats too many calories, they will “spillover” as excess body fat.
In general, when the word is used, it refers to obesity, and it is often blamed for the difficulty in losing weight for some people.

Metabolism is a set of chemical reactions that take place within the cells of the body. These reactions are responsible for transforming all the food ingested into the fuel necessary to carry out all vital functions, from breathing to moving, making it possible for cells to be healthy and function properly.

In other words, when you eat food, you are consuming proteins, fats and carbohydrates that will be broken down into smaller units by molecules called enzymes. From this process, amino acids, fatty acids and sugars respectively will result, which will then be absorbed into the bloodstream to go to the body’s cells and metabolize in such a way.
Energy is released or stored. Metabolism consists of two processes: anabolism, which consists of the manufacture of body tissues and energy reserves, and catabolism, responsible for the breakdown of tissues and energy reserves to use as fuel. Different hormones produced by the endocrine system will regulate the speed and direction of these processes.

When metabolism fails, metabolic diseases appear, which must be treated and controlled. Some of them are:

· Galactosemia: is an inherited disorder characterized by difficulty breaking down galactose, a sugar component of lactose, present in dairy products. This is due to a deficiency in the enzyme responsible for doing it.

· Phenylketonuria: is another inherited disorder characterized by a defect in the enzyme that breaks down phenylalanine, an amino acid that is part of food proteins.

· Hyperthyroidism: it is a disease that results from excessive production of thyroxine by the thyroid gland. This hormone accelerates the basal metabolism, resulting in weight loss, accelerated heart rate, hypertension, bulging eyes, and thyroid gland inflammation.

· Hypothyroidism: this is the opposite of Hyperthyroidism when the gland does not exist, or the production of thyroxine is scarce. Consequently, the basal metabolism decreases and causes fatigue, decreased heart rate, weight gain, and constipation.

· Diabetes can be type 1 when the pancreas does not produce or produces very little insulin, and type 2 when the body does not respond appropriately. Typical symptoms of diabetes are frequent urination, extreme thirst and hunger. You can have complications such as kidney and nerve problems, retinopathy, blindness, and cardiovascular disease in the long term.