Probiotics are live microorganisms that, when ingested in sufficient concentrations, can exert health benefits on the host. This definition of probiotics was derived in 2001 by the Food and Agriculture Organization of the United Nations (FAO) and the World Health Organization (WHO).

The truth is that the demand for foods containing probiotics is expanding globally due to continuing research evidence indicating their potential health benefits for consumers.

Species belonging to the genera Lactobacillus and Bifidobacterium have been reported to be beneficial probiotic bacterial strains. Representative species include L. acidophilus, L. casei, L. Plantarum, B. lactis, B. longum, and B. bifidum.

Several criteria must be met when selecting a probiotic bacterial strain for safety issues. Strains of the Lactobacillus and Bifidobacterium genera are generally considered safe.

Finally, the number of viable probiotics cells in a product must be at least 10^6 CFU/mL by the expiration date to claim it to be healthy and functional.

What are the benefits of taking probiotics?

Many benefits of consuming probiotics have been observed, and below we will discuss the most important ones.

Probiotics have been suggested to have hypocholesterolemic effects through numerous mechanisms, such as increased cholesterol excretion or binding of cholesterol to the cell surface, preventing it from circulating in the blood (study).

Many diseases, such as ulcerative colitis and Crohn’s disease, have been linked to microbial genetic predisposition and the gut environment. Bacteria in the digestive system can change the balance of pro-inflammatory and anti-inflammatory molecules in the intestine, which becomes the predisposing factor for intestinal disorders.

Probiotic organisms are increasingly known for their ability to prevent and treat intestinal disorders and improve the immune system. Although probiotic treatments improve the severity of diseases by reducing inflammation, they do not treat the primary cause, so it is essential to always pay attention to the doctor conducting your treatment (study).

Probiotics have been noted to have skin health benefits. Some studies have concluded that probiotics could improve atopic eczema, wound healing and help with skin rejuvenation (study).

Furthermore, it appears that bacterial compounds may elicit specific immune responses and improve the skin’s barrier functions. However, the exact mechanisms remain unclear, and much research remains on how probiotics affect the health of our skin.

Among the different oral health problems, we find cavities characterized by the acid demineralization of tooth enamel. To prevent dental caries, probiotics must adhere to tooth surfaces and inhibit caries-causing species such as mutans streptococcus and lactobacilli. Probiotics added to a dairy product such as cheese may neutralize the acid in the mouth and prevent enamel demineralization (study).

On the other hand, other pathogens such as Orphyromonas gingivalis, Treponema denticola, and Tannerella forsythia cause tissue damage. In one study (study), they found that after two weeks of ingesting chewing gum containing L. Reuters, the oral cavity of patients with moderate to severe gingivitis had been colonized by the strain and a significant reduction in plaque index.

Severe anemia can present with syncope, shortness of breath, and reduced exercise tolerance. Anemia is a prevalent disease that affects up to a third of the world’s population. In many cases, it is mild, asymptomatic, and does not require treatment.

Even so, on other occasions, it does require medical treatment, usually through iron supplements (if the anemia is iron deficiency, which is the most common). Even so, through diet, it is possible to recover iron levels. Here we tell you how.

Meat or fish is a good source of iron because it contains red pigment hemoglobin. Our body absorbs iron in hemoglobin, so eating foods of animal origin can be a good option. Among the foods with more iron, we find:

Therefore, including mushrooms, spinach, chickpeas, etc., with a splash of lemon juice (for example) is perfect for improving their availability.
Do not train near high iron intakes.

It is imperative not to eat foods high in iron around training because the ability of the digestive system to absorb this nutrient is reduced. So if you want to maximize iron availability, take 2-3 hours off your strength or aerobic training.
Be careful with tea and coffee.

These two drinks, but also chocolate (more specifically cocoa), have nutrients called tannins that decrease iron absorption despite having positive effects on the body. Therefore, try to eliminate the intake of these foods so that your intestinal tract can absorb the iron. 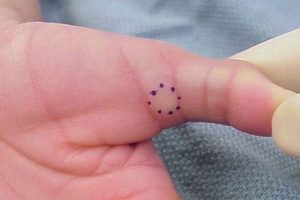 End of confinement. Traumatologist advice for everyone.
ANTI AGING
Comment