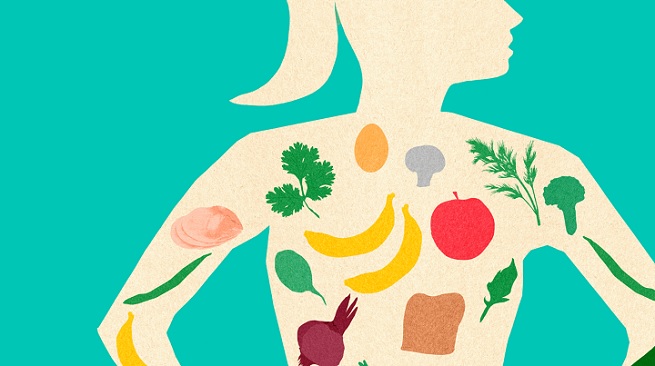 Metabolism is the set of chemical reactions that take place in the cells of the body to convert food into energy. Our body needs this energy for everything we do, from moving to thinking to growing.

There are specific proteins in the body that control chemical reactions in metabolism. Thousands of metabolic reactions co-occur, all of them regulated by the body so that our cells stay healthy and work well.
How does metabolism work?

After eating food, our digestive system uses enzymes to:

The body can use sugar, amino acids, and fatty acids as energy sources when it needs them. These compounds are absorbed into the blood, which transports them to the cells.

After they enter cells, other enzymes act to speed up or regulate the chemical reactions responsible for “metabolizing” these compounds. During these processes, the energy from these compounds can be released for use by the body or stored in tissues—Bodily, especially in the liver, muscles and body fat.

Metabolism is a kind of juggling in which two kinds of activities happen simultaneously:

Anabolism, or constructive metabolism, is fundamentally about manufacturing and storing. It contributes to the growth of new cells, the maintenance of body tissues and the storage of energy for later use. Small molecules are transformed into more significant, more complex carbohydrate, protein, and fat molecules in anabolism.

Catabolism, or destructive metabolism, is the process that produces the energy necessary for all the activity that takes place in cells. Cells break down large molecules (mostly carbohydrates and fats) to release energy. This provides fuel for anabolism, warms the body, and allows the muscles to contract and the body to move.

When complex chemical compounds are broken down into simpler substances, the body expels waste products through the skin, kidneys, lungs, and intestines.

What controls the metabolism?

Several hormones in the endocrine system help control the speed and direction of metabolism. Thyroxine, a hormone made and released by the thyroid gland, plays a crucial role in determining how quickly or slowly metabolic chemical reactions occur in a person’s body.

Metabolism is a complicated chemical process. But it is not surprising that many people simplify it and only see it as something that influences how easily our body gets fat or thin. This is where calories come into play. A calorie is a unit that measures how much energy a particular food provides to the body. A chocolate bar has more calories than an apple, so it provides more energy to the body, although calories should not be exceeded. Just as a car stores gasoline in its tank until it needs it to power the engine, the body stores calories, mainly in the form of fat. If we fill the tank of a car too much, the gasoline overflows and spills on the ground. Similarly, if a person eats too many calories, they “overflow” and generates excess body fat.

Basal metabolic rate can be affected by a person’s genes and by some health problems. The physical constitution also influences it: people with more muscle and less fat tend to have higher basal metabolic rates. But people can change their basal metabolism in specific ways. For example, a person who does more physical exercise will burn more calories and improve their physical condition, which will increase their basal metabolism.
Every time you take a bite of a snack or a sip of a fruit smoothie, your body has to work hard to process the nutrients you have ingested. Long after you clean your plate like a whistle and digest your food, the nutrients you have ingested will become the building blocks and fuel your body needs to function and grow. Your body gets the energy it needs from food through a process called metabolism.

What does metabolism consist of?

Metabolism is a set of chemical reactions that take place in the cells of the body. Metabolism transforms the energy in the food we eat into the fuel we need for everything we do, from moving to thinking to growing. Specific proteins in the body control the chemical reactions of metabolism, and all of these chemical reactions are coordinated with other bodily functions. In fact, in our bodies, thousands of metabolic reactions co-occur, all of them regulated by the body, making it possible for our cells to be healthy and function properly.

Metabolism is a constant process that begins at the moment of conception and ends when we die. It is a vital process for all forms of life – not just for human beings. If the metabolism of a living being is stopped, it is killed.

Here’s an example of how metabolism works in humans – and it starts with plants. First of all, green plants get energy from sunlight. Plants use this energy, and a molecule called chlorophyll (which gives them their characteristic green colour) makes sugars from water and carbon dioxide. This process is called photosynthesis, and you’ve probably already studied it in biology class.

When people and animals eat plants (or, if they are carnivores, eat meat from animals that eat plants), they take in that energy (in the form of sugar) and other chemicals essential to make cells. The next step is to break down the sugar so that the energy produced can be distributed to all the body cells, which will use it as fuel.