Home » What is measured in apgar test? 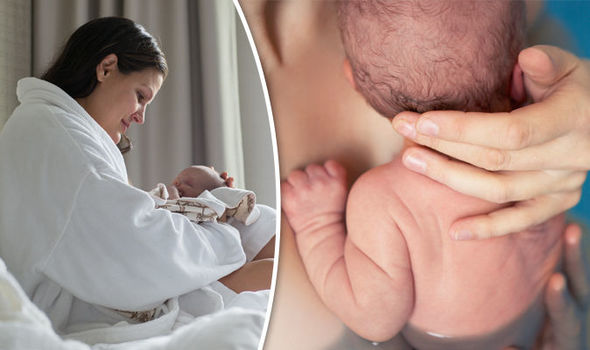 It is a test performed on the newborn baby in the first and fifth minute of his life after delivery to check his adaptation to the outside and its vitality. This test was developed by the American anesthetist Virginia Apgar in 1953, and since its creation, it has been performed after childbirth in several countries, as it allows a quick assessment of the baby’s health status.

Five checks are made on the baby’s condition that is scored at zero, one or two, depending on how the result is:

To measure this variable, a catheter is placed in the baby’s nose and scored based on his reaction.

The different variables are counted in the first minute, resulting in a final score from zero to ten. After five minutes, it will be counted again in the same way, obtaining a new score compared with the first to see the evolution of the newborn.

This second check is done because it is possible that the baby has a low score during the first minute but that after five minutes, it rises to an acceptable one. If the score of the second check is lower than the first, a third check is usually carried out at ten minutes.

A score of seven or higher is considered good and means that the baby will have no problem adjusting to the outside. Rare are the occasions in which a ten is obtained because, in skin coloration, the most common is to score one.

On the other hand, if a baby is less than seven years old, she will need help adjusting to the outside, with an intervention in addition to delivery. The most common causes of a low score are complications in childbirth, having performed a cesarean section, or finding fluid in the baby’s airways. Premature babies also tend to score low because their muscles and respiratory functions are not fully developed.
Why is the Apgar test performed?

This test is performed to determine how the newborn has tolerated the birth and how she evolves outside the womb and thus determine if she has heart problems or needs help with breathing.

If the sum of the results is less than 7, the baby needs medical attention. Low scores are usually due to a cesarean section, difficult delivery, or fluid in the baby’s airway. So if the score is low, oxygen may be needed to aid breathing or physical stimulation for the heart to beat healthily.

Anyway, keep in mind that it is normal to have a low score in the first minute. Also, a low score does not mean that the newborn will have health problems in the future.
When a baby is born, health professionals make several evaluations to know that everything is fine and does not require special attention due to any problem during pregnancy or delivery. One of the tools they use to diagnose possible problems quickly is the Apgar scale or test.

Many parents have heard of it or use those words (“Apgar test”), but they are not very clear about when it is done or how they do it. Next, we will talk about the Apgar test, and we will answer all these possible doubts.

What is the Apgar test?

The Apgar test is the first assessment made to the baby at birth, which aims to detect possible problems quickly and with little discomfort for the baby. Quick, because if there is a problem, you have to act as soon as possible and not bothering, because if everything is normal, it is not necessary to make the baby feel bad at a time of evaluation.

It is called that Apgar because it was created by Virginia Apgar, an American doctor specializing in pediatrics and anesthesia, who in 1953 developed this method and published it to assess the condition of newborns quickly. Thanks to her, thanks to his test, many babies have saved their lives by being able to detect prematurely any problem that, if not seen, could be fatal within minutes or hours after delivery.
When and how to do the Apgar test
Apgar-test

The Apgar test is done twice to see the baby’s evolution: one minute after birth and five minutes later. It is a scale that looks at the baby’s heart rate, breathing, muscle tone, reflexes, and color.

It is not a test or grade that can be used to predict how healthy a baby will be, how strong and significant it will be (or not), or anything like that. I say this because, on some occasions, I have heard mothers comparing their children’s scores (“mine has obtained an 8 in the Apgar test”, “because mine has obtained a 9”), but rather it responds to the state of the baby in the time of evaluation, in how sleepy or awake you are and to see if you are adjusting well to the world you have just arrived in.

The test is divided into five sections or questions that score from 0 to 2. Once done, the points are added, which in most cases is 8 to 10 points in the first minute of life. If, at that time, at the minute, the Apgar is 5 to 7, it may be due to oxygen supply problems during labor, and then the professionals will apply a nearby source of oxygen and probably dry it with a towel relatively vigorously to motivate the baby to breathe harder. With both interventions, the score should be 8 to 10 at 5 minutes.

Fewer babies score less than 5 (premature babies or those born by emergency cesarean section are more likely to stay at this score), responding to problems during delivery or respiratory or heart problems. In this case, the intervention of professionals must be more significant, starting with an oxygen mask and, if it is not enough, introducing a tube to make him breathe from the outside and administering the first drugs to improve his heart rate. If this is not enough, the baby is transferred to the intensive care unit to continue necessary interventions.

Apgar test and mother’s health
How is the Apgar score assigned?
Comment