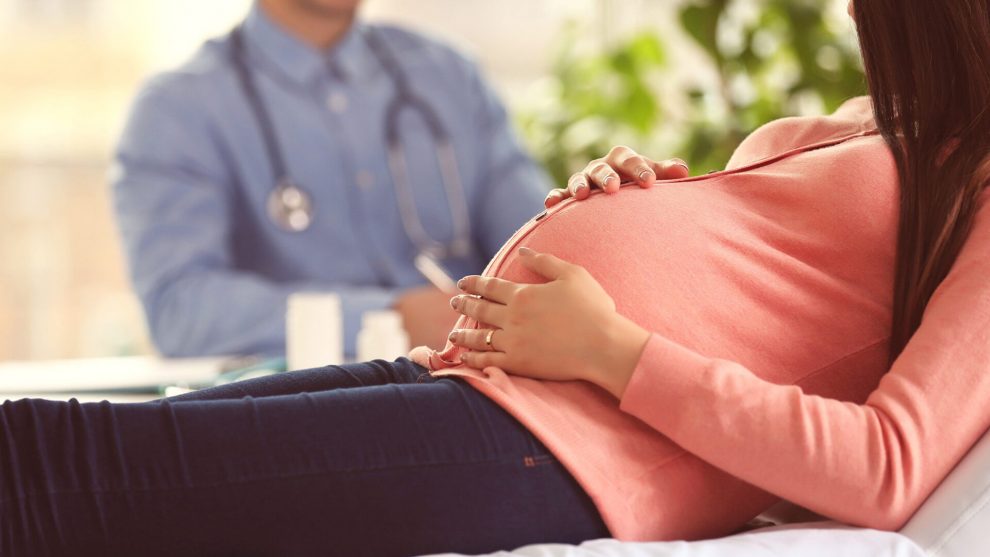 So that you can see what exactly they are looking at, I explain them below:

If the baby is not breathing, a score is 0.
If you have slow, irregular breathing, score 1.
If the breathing is correct, sound, or crying, score 2.

If the baby is floppy, such as without muscle tone, the score is 0.
If there is some tone and, for example, the limbs flex a little, a one is scored.
If the baby is actively moving, it is scored 2.

If there is no answer, 0 is scored.
If the baby makes faces or gestures, it is scored 1.
If there are gestures and crying, or coughing or sneezing (in case of using a goatee or catheter to aspirate through the nose), score 2.

Once the test is done, as we have already explained, the points are added and based on the score, it is decided what to do. Most babies have a maximum score of 9 at one minute of birth because they all still have very blue hands and feet. At 5 minutes, they are rosier, and then, under normal conditions, they score 10. Even many babies who score below 7, with a bit of stimulation, have a correct score at 5 minutes. If not, the interventions that we have explained above are started.

The Apgar test would also be effective in predicting maternal health. According to a study published in the journal Jama Pediatrics on November 2, mothers whose babies score low on this universal test have a nine times greater risk of needing to be admitted to intensive care.

The work, carried out by researchers at St. Michael’s Hospital in Toronto (Canada), analyzed more than 600,000 births in Ontario between 2006 and 2012. Their results reveal that, among mothers whose babies had reached a high score on the test five minutes after birth, only 1.7 out of every 1,000 were admitted to the ICU. This figure rose to 12.3 per 1,000 when the result was in the middle range, and 18.2 if it was a low score.

In the words of Joel Ray, project leader, this new study “confirms that, even after delivery, the health of the neonate and that of the mother remain closely linked” while providing a novel and promising maternal application of the Apgar test.
When giving birth, all a mother wants is to be able to hold her child. After nine months of waiting and stress, doctors are asked if the baby is healthy. Minutes after delivery, the newborn is usually examined and subjected to the so-called Apgar test to eliminate possible doubts.

Health personnel carries out this thorough evaluation. A series of evaluations are carried out to rule out possible health problems in the newborn. However, this control is entirely routine and regular: it does not cause any problems for the baby, nor is it done exceptionally.
What is the Apgar test?

The first ten minutes of your baby’s life are critical. That is why doctors immediately perform the Apgar test, a rapid examination of the newborn’s health.

It is usually carried out within the minute, after five minutes, and sometimes after ten minutes. Through this process, five parameters are evaluated, in which each factor has a score from 0 to 2, which will be added to form the score.

The initial Apgar test is used to find out how the child has tolerated the birthing process. The complementary, on the other hand, indicates the adaptation of the baby to extrauterine life. The latter is considered the most relevant. An exam is a fundamental tool in neonatology.
Apgar test 2

If the score oscillates between seven and 10, it means that the baby has carried out the adaptation process correctly. If the result goes from five to seven, the child has suffered an oxygen deficiency during delivery. In that case, a nearby source of oxygen should be applied.

Very few babies get scores below five. Generally, it only occurs with premature babies or those born by emergency cesarean section. There is also a risk if you have suffered difficulties during the party or there is the possibility of respiratory or heart problems.
When a woman learns that she will be a mother, she generally thinks carefully throughout her pregnancy at the time of delivery. Being a parent is one of the most beautiful experiences in life. Pregnancy is a process full of unforgettable moments. Parents live with joy, enthusiasm, and a little impatience since the desire for their child to be with them is usually very big.

However, during this period, all mothers worry about how the birth will progress, if everything will go well and if their child will be born healthy and strong. And once the time comes, all those fears and uncertainties disappear and become a single thought: do the best possible so that the baby is born soon.

Once you give birth, the first moments are crucial, and hearing the baby cry is a good sign, but… Did you know that there is a test that evaluates the newborn’s health level?

That’s how it is! It is called the Apgar test and, in this article, we tell you everything you need to know about it to understand it better, know how the score is determined and interpret it.

Ideas for eating pumpkin
What is measured in apgar test?
Comment