Home » Do light weights tone and heavyweights give volume? Fortunately, this dogma has been the focus of debate and research in recent years, and the results are pretty convincing. The set of publications is forceful, and it is argued that light weights can build muscle mass, provided that the applied effort is sufficient. Muscle failure sets performed with 30% of the maximum rep at 24 reps per set be more effective at isolating the muscle than sets using 90% of the maximum lift at five reps per set. With this in mind, Burd et al. 2012 found that “It is often advisable to use high intensities in lifting (∼70% –80% of maximum) to maximize muscle gains. However, in the cases studied of series at low intensities, 30% carried to muscle failure are equally effective in stimulating protein synthesis during recovery from exercise”. One limitation of their experiment is that the immediate effect after the training session is examined. This information is quite interesting, but the ideal would be to study training in a more extended period to effectively know the effects of high vs low repetitions on muscle hypertrophy. 2 recent studies have shown similar observations.

Do light weights tone and heavyweights give volume?

Mitchell et al. 20123 had several subjects perform leg extensions for ten weeks. People who performed high reps with 30% of their maximum repetition experienced similar muscle gains compared to those who performed sets in the mid-rep range with 80% of their maximum repetition. This casts serious doubt on those who argue that low reps are superior to high reps for building muscle mass.

More recently, Schoenfeld et al. 2014 reached the same conclusion. Eight weeks of bodybuilding style training doing three sets of 10 reps with 90 seconds rest between sets was just as effective for building muscle as a powerlifter style training doing seven sets of 3 reps with 3 minutes rest between sets. This research sheds light on the dogma that heavyweights are better than light weights for building muscle.
Canadian researcher Stuart Phillips of McMaster University in Hamilton, Ontario, and his colleagues have challenged the age-old view that lifting heavyweights are the best way to increase muscle mass. Since 2010, the group has investigated whether lifting lighter weights with higher repetitions is as effective for muscle-building purposes as lifting heavy weights with fewer repetitions. According to their most recent study, the answer is yes, regardless of your age or ability to lift weights.

What’s crucial, the researchers say, is getting your muscles to the level of fatigue where they can’t lift more weight. The benefits will be the same if you do that with heavier weights after a few reps or with lighter weights after 25 reps.

“Fatigue acts like a great equalizer in this case,” said Phillips, a professor in the Department of Kinesiology. “Lift weights to the point of [muscular] exhaustion, and it won’t matter if the weights are heavy or light.”

Finding him is significant to older adults, Phillips added. “Why lift heavy weights to the detriment of your joints when you don’t have to?”

In previous studies, the heavy and lightweight groups had similar improvements in endurance and muscle mass, noted co-author Robert Morton. But those studies had only used volunteers who had never lifted weights, meaning any exercise would have shown improvement. In the new study, published in the Journal of Applied Physiology, the researchers recruited 49 men who were experienced in lifting weights to follow a resistance training (weight lifting) regimen four times a week for 12 weeks.

After analyzing muscle tissue, endurance, and blood tests at the end of the study, the researchers found that “there were no significant differences between the groups,”; meaning that all men had virtually identical gains in muscle mass and endurance without import the type of weights they lifted.

“The point we want to get across is that you don’t have to train with heavy loads,” Morton noted in an email. “Lifting heavy or light weights until fatigue increases muscle mass and endurance.”

This is especially important because adults begin to lose muscle mass in their 30s, and the process accelerates at 65, especially for sedentary people. Exercise and resistance training can reduce the risk of age-related falls and fractures due to weakened muscles and bones.

Although both young and older men have been tested, Morton says the results should be the same for women, citing a 2005 University of Massachusetts Amherst study that found that women outperformed men. Men in relative muscle endurance gains.

For women or men new to weight lifting, Morton advises going slowly, using relatively light weights, and lifting them appropriately. “If the goal is to increase muscle mass and endurance, there is no need for women to train differently than men do.”

Some athletes love heavyweights. Seeing how much they can lift in the training session is what gives them enough energy to train. Other athletes, on the other hand, do not like the feeling of lifting heavyweights. They feel like their joints bother them when lifting the weight, and they don’t feel comfortable. On the opposite side of the spectrum, other athletes love to use light weights. Feeling the burning in their muscles motivates them to train, yet others hate this sensation. It is devastating and makes them nauseous or exhausted. And finally, other athletes prefer to be in the middle (around 8-12 reps).

As long as the applied effort is high enough and the training is carried out close to muscle failure, similar effects will occur in muscle mass gain, both training at high, medium or low repetitions. Therefore, the loads should be adapted to the athlete according to her preferences. Some data suggest that the combination of rep ranges would be optimal since high repetitions tend to stimulate type I muscle fibres to a greater degree than low repetitions (but high and low repetitions tend to stimulate type II fibres in the same way), although This hypothesis deserves further investigation. In the meantime, train with the loads you feel most comfortable with and don’t buy into the story that lightweights tone and heavyweights build muscle. 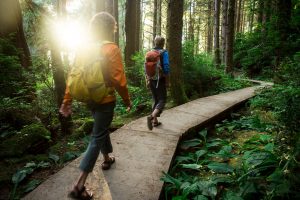 The benefits of walking: what happens when you walk? 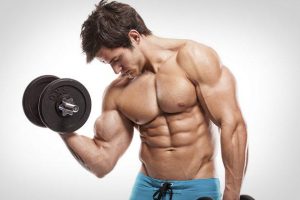 How long does muscle growth last? 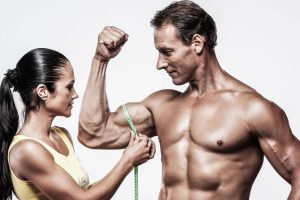 how to increase muscle growth ?

The benefits of walking: what happens when you walk?

How long does muscle growth last?

how to increase muscle growth ?