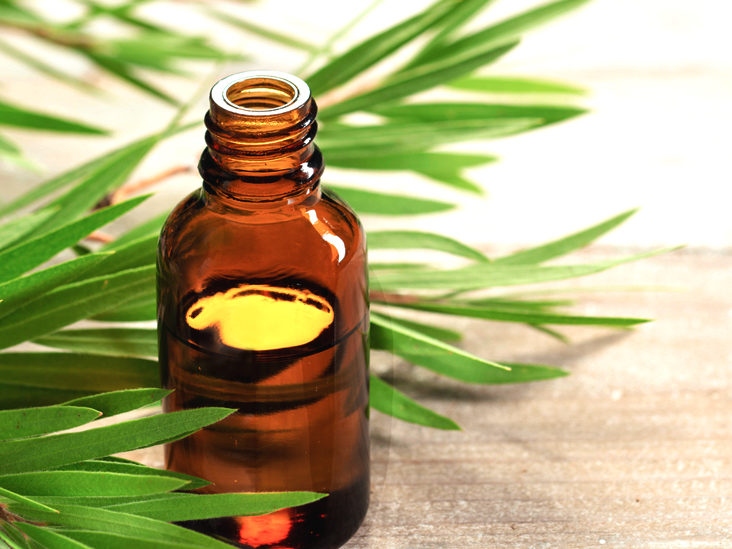 Tea tree oil is obtained by distilling the fresh leaves and branches of the Melaleuca alternifolia tree. It is a clear or pale amber-coloured liquid and has a solid and characteristic odour. This oil is made up of a mixture of up to 100 different elements.

Since 1996 the composition of tea tree oil has been regulated by the International Organization for Standardization.

In recent years, its use as an anti-infective agent in different cutaneous-mucosal pathologies has become popular.

We present two patients seen in our Emergency Department after administration and accidental ingestion of tea tree oil.

Infant of 2 months and 25 days go to the Emergency Department. An hour before, they have administered five drops of pure essential oil of tea tree by mistake, mistaking the container for vitamin D. The patient is asymptomatic. Upon arrival at the emergency room, he presented standard constants and routine physical and neurological examination.

The National Toxicology Center was contacted, from where the patient’s admission was recommended for observation, given the risk of vomiting, chemical aspiration pneumonitis, and neurological symptoms. For this reason, the peripheral venous route is channelled, and admission for surveillance is decided.

He remains hospitalized for six hours, remaining asymptomatic at all times.

Infant of 1 month and 29 days, with no relevant history, went to the Pediatric Emergency Department after ingesting, 30 minutes before, six drops of tea tree oil. His parents administered the product due to an error in confusing it with a container of vitamin D. After ingestion, and the patient was asymptomatic. Upon his arrival at the emergency room, he showed a routine physical and neurological examination. The National Toxicology Center was contacted. As in the previous case, it informed us of the risk of the appearance of gastrointestinal and neurological symptoms, so the patient was admitted for clinical surveillance. With subsequent normalization, initial capillary blood gases showed a slight respiratory acidosis (pH 7.32, CO2 49 mmHg, HCO3 22 mmol / l). He was discharged after ten hours, remaining asymptomatic at all times.

The use of tea tree oil for different purposes has increased a lot in recent years, becoming a common substance in many homes.

Numerous studies have analyzed the in vitro and in vivo properties of tea tree oil and its applications in Dermatology. Although there seems to be unanimity that it may have an antibacterial, antiviral, antifungal and antiparasitic effect, all the articles conclude that more powerful randomized clinical trials should be carried out to consolidate a place for tea tree oil as a topical medicinal agent.

The World Health Organization (WHO) recognizes Melaleuca alternifolia oil as a medicinal plant, advising only its external or topical use. It warns that it should never be ingested or applied to the mucous membranes and should be kept out of the reach of children. In addition, it warns that it should be avoided during pregnancy and lactation and should not be administered to children without medical supervision.

The Scientific Committee on Consumer Products (European Commission) in 2008 issued its opinion regarding the use of tea tree oil, concluding that reliable data would be needed on the percutaneous absorption of the product administered at specific concentrations and in certain cosmetic formulations. Before being able to issue a new assessment of the safety of this substance.

Tea tree oil may seem a priori a natural substance and a harmless plant derivative. Still, it is potentially toxic after administration both topically and orally, and there is literature in this regard.

Irritant reactions and contact dermatitis have been reported after topical administration6. In addition, after its application in animals for antiparasitic purposes, systemic absorption symptoms such as hypotonia, decreased level of consciousness, incoordination and muscle tremors have been described.

Ingesting tea tree oil can be highly toxic, even in small amounts in several cases reported in the literature of accidental ingestion in children and adults who presented symptoms such as drowsiness, depression of the level of consciousness, ataxia and behavioural disturbances. One of the patients required orotracheal intubation due to decreased level of consciousness associated with respiratory.

On the Internet, many web pages recommend its use for the treatment of different pediatric diseases such as pediculosis, infant cradle cap, diaper rash, chickenpox, and impetigo. It has also been proposed as an alternative therapy in adult patients with recurrent cold sores, seborrheic dermatitis, acne, or decontamination therapy for patients with methicillin-resistant Staphylococcus aureus (MRSA) infection.

Despite the WHO warnings, in our search, we have found who recommends its use, both by inhalation through the mist for the treatment of respiratory infections and its use in mouthwashes for halitosis and sore throat.

The cases published so far correspond to accidental poisonings after voluntary ingestion by young children. The peculiarity of our patients is that both were under three months of age. In both cases, an adult accidentally administered the dose corresponding to the prophylactic vitamin D regimen by confusing the tea tree oil container with the vitamin D container.

Because the two cases resulted from an administration error due to packaging confusion and given the potential seriousness, both cases were reported to the Pharmacovigilance Unit of our community.

Neither of the two cases presented significant symptoms, and both could be managed conservatively, but it is essential to know the potential toxicity associated with this substance for proper management.

After receiving both cases in our service in a short period, we decided to investigate by acquiring different packages of this essential tea tree oil.

Although its diluted use is recommended, we have found 100% pure essential oil containers of up to one litre. You can find containers with a dropper, roll-on and also with an open hole without a dispenser.

It has especially come to our attention that it is not routinely advised to keep it out of the reach of children, and most of the containers that we have found do not have a child safety cap.

And although there is scientific evidence that toxicity may appear associated with the use of tea tree oil and published cases, the informative web pages of the products deny that there may be toxicity related to the use of the product. In no case do the manufacturers accompany the oil with a leaflet or information about its use or the possible adverse or secondary effects of its use?

What does the tea tree have to be so beneficial?
Spiked cradle syndrome houses
Comment