Home » Contraindications of the paleo diet Here’s an example of what you might eat on a typical day if you’re on a paleo diet:

The diet also emphasizes drinking water and being physically active every day.

The paleo diet has been compared with other eating plans in several randomized clinical trials, such as the Mediterranean diet or the diabetes diet. Overall, these trials suggest that a paleo diet may provide some benefits compared to fruits, vegetables, lean meats, whole grains, legumes, and low-fat dairy diets. These benefits may include the following:

The lower amount of triglycerides

Concerns and questions about the paleo diet include food selection and the hypothesis that justifies the diet.

The paleo diet includes many vegetables, fruits, and nuts, all elements that are part of a healthy diet.

The main difference between the paleo diet and other healthy diets is the absence of whole grains and legumes, considered good sources of fiber, vitamins, and other nutrients. Dairy products, good sources of protein, and calcium are also absent from this diet.

These foods are considered healthy, are often more affordable, and cost less than game meat, grass-fed animals, and nuts. For some, the paleo diet can cost too much money.

Questions about the paleo diet hypothesis

The researchers argue that the hypothesis justifying the paleo diet oversimplifies the story about how humans adapted to dietary changes. Arguments for a more refined understanding of the evolution of human nutritional needs should take into account the following:

Variations in diet based on geography, climate, and food availability (and not just the transition to agriculture) must also have influenced the evolution of nutritional needs.

Archaeological research has shown that the diet of early humans possibly already included wild grains at least 30,000 years ago, long before the advent of agriculture.

Genetic investigations reveal notable evolutionary changes that followed after the Paleolithic era, including dietary changes such as increased numbers of genes related to the breakdown of food starches.

Contraindications of the paleo diet

Despite the many benefits of this diet, it also has some health drawbacks. Some contraindications of the paleo diet are:

Heart problems: as the diet is based on foods high in animal protein, such as shellfish, lean meat, eggs, or fish, they can cause an increase in bad LDL cholesterol, a decrease in good HDL cholesterol, and increase risks of suffering from heart disease.

Kidney problems: with so much protein, the kidneys have to work harder, eliminating more urea thanks to the bloodstream.

Low-carbohydrate flu: As Sébastien Noël, creator of Paleo Leap, a recipe blog for this diet, recounts, when grains, starches, and legumes are eliminated, some people can experience fatigue, irritability, or tremors. These symptoms can last three to four weeks.

Vitamin D deficiency: this lack of vitamin D occurs in the short term but can be replaced by supplements or by the daily recommendation of sun exposure.

Hypothyroidism: Some people who switch to low-carbohydrate diets may have symptoms of hypothyroidism in the long term. By losing a lot of weight, the body reduces thyroid function to save energy.

Cravings: one of the characteristics of this diet is that you tend to have many cravings, especially for sweets, since you completely dispense with any sugars. Ketosis: is a process that occurs when this diet is implemented in people with little fat, and burning it can cause bad breath, dizziness, or even insomnia.

Since its publication in 2010, the attention of athletes, nutritionists, or people concerned about their health has been increasing. According to the paleo diet described by Cordain, our diet should be based on the consumption of whole foods such as eggs, fruits, vegetables, nuts, seeds, tubers, and lean meats. The Paleo Diet excludes processed foods, grains, simple sugars, legumes, grains, and dairy. On these precisely, doctors Weston A. Price and Mark Sisson added the possibility of using dairy as long as it was raw and never pasteurized, expanding the possibilities.

In this way, the intake of carbohydrates is reduced, and it is balanced with the consumption of fats and proteins. The paleo diet, as we said, has its explanation in the products that we suppose they ate in the Upper Paleolithic around 12,000 years ago. This excludes all types of processed and farm or livestock foods. Only meat (for hunting) and vegetables, eggs, and seeds (for gathering) are those that fit this diet.

Today I bring you a whole post about the Paleo diet; welcome to this guide. Get ready to read something that can completely change your life.

It has cost me a few hours of work, but I think it is worth reading it and thinking about making that change that can mean a before and after in your life.

Or is it not worth giving this diet a chance that offers you better digestion, better health, and greater well-being?

I tell you one thing, I wish I had started this lifestyle earlier, but you still have time because it is never too late if happiness is good, my grandfather used to say.

I promise not to roll and go to the useful. Let’s start with a little history:

History of the Paleo diet

The concept as we know it today we can say that was born more than 20 years ago.

The rationale comes from the so-called Darwinian Medicine, a scientific publication in the 1991 Quarterly Review of Biology by Drs. George Williams and Randy Neese of the State University of New York at Stony Brook.

This publication, “The Dawn of Darwinian Medicine,” explains how our ancestral past and our evolution affect the way we see and treat disease today.

There is a phrase in this study that says that humans are designed to live in stone-age conditions. Newer environments can cause various diseases. 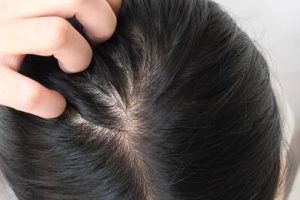 what are the benefits of the Paleo diet?
paleo diet : why is it so popular?
Comment