Home » Why does salt make you fat? 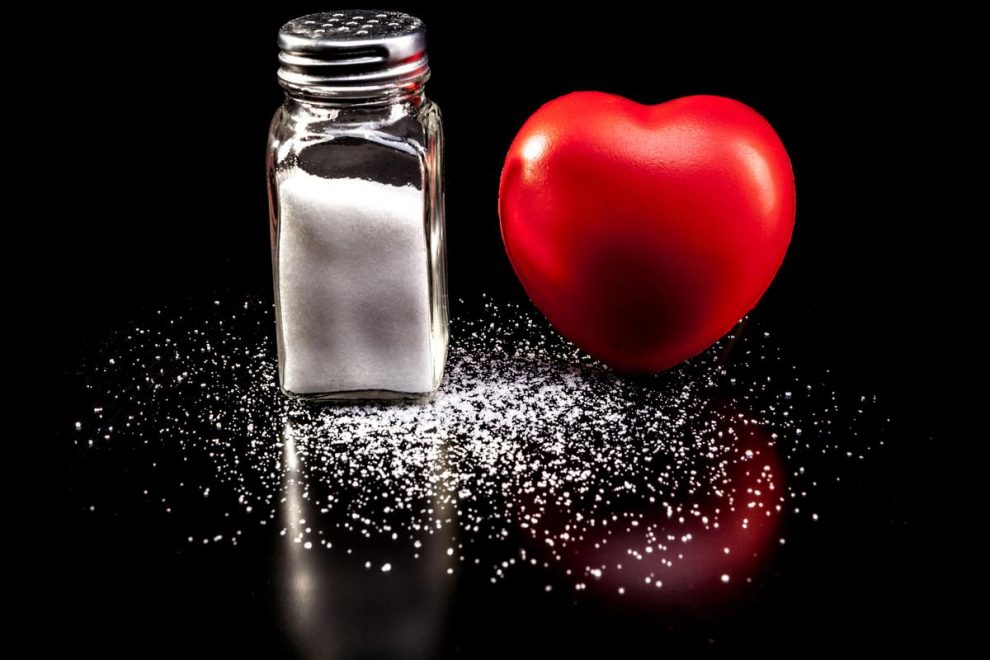 Optimal blood pressure is 120/80. However, too much salt can lead to long-term high blood pressure, as the vessels contract and harden, which means that the heart has to pump faster and with more pressure.

If you already have high blood pressure, you should carefully monitor your salt intake and have regular check-ups.

Researchers divided mice into two groups in one experiment and fed them low-salt foods and others high-salt foods for a week. The mice were then infected with Listeria and E. Coli bacteria found in our food. Mice that were fed a low-salt diet had more immune cells than mice fed a high-salt diet. In the group fed a high-salt diet, the infections also lasted significantly longer.

Eating too salty foods can lead to sleep disorders such as restless sleep, frequent awakenings, and restlessness in the morning upon waking. The most restless sleep occurs when a lot of salt is consumed at night since the high sodium content increases blood pressure and fluid retention.

Hypernatremia means that you have too much salt in your blood. This upsets your body’s fluid and electrolyte balance. A doctor can determine this with a blood count. If there is a substantial excess of salt, edema can occur; it is the accumulation of water in certain places of the body tissue. In severe cases, it can even lead to unconsciousness or an epileptic seizure.
Headache

According to a study in the journal BMJ, of the 400 participants, those who ate foods high in sodium had third more headaches.

Another study supported this claim and found that decreasing the intake of this element also reduced the number of headaches in the participants, who were all older patients with hypertension.
Hypertension

There is evidence that high sodium intake is associated with an increased risk of developing high blood pressure among the long-term effects. So when you open those baggy chips full of salt, you may also be giving way to chronic disease.

Stroke, heart failure, stomach cancer, and kidney disease have also been linked to excessive sodium intake. So now you know better to prevent before your health is affected. The solution is in your hands.
Overeating salt can have harmful effects on your body over time, such as circulatory or kidney problems.
Side effects of excessive salt consumption

Health experts and the World Health Organization (WHO), sodium in excess is not suitable for health. Do you know what the side effects of consuming a lot of salt in the diet can be? If you have some ideas and several doubts, don’t worry because we’ll tell you more about it below.

In the meantime, keep one thing in mind: all extremes are harmful. Therefore, it is unnecessary to pretend to live without consuming salt, but neither by abusing it. Ideally, follow the recommendations that your doctor always gives you, as these will take into account your body’s specific needs.
Salt: where does it come from, and how much should you consume?
Salt with sodium and cardiovascular health.
Sodium is a harmful component of arterial health. Increase the pressure values.

As indicated by the data provided by the Center for Science in the Public Interest:

The amount of salt allowed per person depends on their physical conditions. It also varies depending on the time of year or the type of food eaten. For example, during the summer or spring, you eat less salt than in winter. The sodium ingested per day should range between 500 and 2400 milligrams.
Does salt make you fat ?: myth or reality

It is widely believed that salt makes you fat, but … does salt make you fat or retain fluids? In the case of salt, we are dealing with a false myth since salt does not make you fat but rather causes fluid retention in the body.
Body. This makes it visually seem that we have more volume or that we have put on weight.

In addition to causing fluid retention, it also increases blood pressure, so it is a condiment that we should reduce as much as possible from the diet. Some experts have on occasion recommended the consumption of salt to provide sodium to the body, but many foods include in their composition a level of sodium beneficial for the body, so it is not necessary to increase the consumption of salt in meals.

Why does salt make you fat?

The reason that salt fattens or produces this effect is that when we consume a lot of salt in a meal, the proportion of sodium in the body increases. To counteract this effect, the body retains water to dilute the accumulated sodium.

Due to fluid retention, blood flow is impaired. This can contribute to the appearance of cellulite, varicose veins or bags and dark circles in the eyes. That is why it is often said that salt fattens the face due to the bags and swelling that occur in the area.

Suppose you think you are retaining fluids in our article How to eliminate fluid retention in the abdomen. In that case, we give you the best tips and diuretic home remedies to forget about swelling in the body and face.
Are other types of salt fattening?

Now, there are many types of salt, and some are healthier than others. Let’s now see how the different types of salt differ and which one is more advisable to take if we do not want to gain weight or suffer from other health problems.
Table salt

Common salt, or acceptable salt is one of the most used in daily life for cooking. It contains 95% sodium chloride and is perhaps the least recommended since other salts are healthier due to their composition or their hypotonic properties (they do not cause fluid retention).